Stress in the City 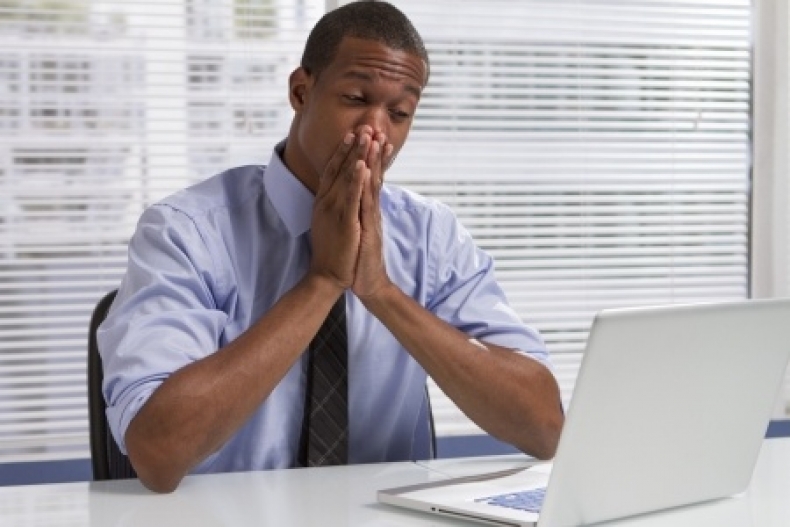 The distress of the fortunate

When was the last time you left the office thinking, “I’ve just had the worst day of my life”?

Industry restructuring has tremendous impact on people made redundant, and companies rightly offer outplacement and other support services to those unfortunate enough to lose their jobs. What is often not appreciated, however, is that such upheaval similarly wreaks havoc in the professional and personal lives of survivors, the managers and team members who keep their jobs.

Richard, a friend who runs Equities for a well-known global investment bank laments,  “Client requests are on hold.  Everyone arrives at the office expecting the axe.  Good people are itching to leave.”  Such widespread turmoil creates untold personal distress: “You know, I’ve not had a decent night’s sleep for two months.”

In times of crisis, City culture demands a show of personal strength and professional detachment.  However, few can shake off the psychological weight of cost-revenue ratios, restructuring announcements, public hectoring, organisational chaos and job insecurity.  Lack of control, fear of uncertainty and anxiety about the future conspire to make working in the Square Mile an overwhelmingly nerve-racking experience.

Responses to stress can be self-defeating.  Someone in Richard’s shoes may try to hold things together for his team, adding to his own burden.  He may experience a sense of helplessness, frustration and anger.  Unable to see light at the end of the tunnel, he becomes demotivated and his work suffers.  An historically star performer, Richard’s pride and self-esteem begin to ebb.  Negative emotions spill over into his family life, where he is fatigued and irascible.  Personal relationships begin to suffer, amplifying his distress.  As redundancy becomes more likely so his anxiety surges.

These are unexaggerated, commonplace and not unnatural reactions to trauma and stress.  Many in the City and on Wall Street are struggling to avoid this vicious circle that hurts both career prospects and personal well-being.  Fortunately, empirical studies suggest that individuals are not powerless to reduce the strain and equip themselves to embrace the future.  This means that business-line managers with the support of Human Resources professionals can usefully encourage people both to look after their own interests and to safeguard those of others.

First, it is important that people take charge of situations that affect them.  There is evidence from research into people facing adversity that individuals with a high internal locus of control – those who believe that outcomes affecting them are largely determined by their own behaviour – are likely to take meaningful steps to accumulate knowledge, influence others and thereby bring about advantageous outcomes.  Belief in one’s mastery over the environment is associated with job satisfaction, career success and the ability to overcome setbacks.  (Conversely, those who believe that luck, fate, markets and others determine outcomes are more prone to stress and depression, and less likely to achieve high performance.)  The corollary, however, is that one must accept and work around, rather than attempt to change, situations over which one truly has no control.

Second, it is important to build one’s resilience, or the ability to rebound quickly from hardship.  Faced with adversity, some people fall apart.  Many others exhibit symptoms of depression and anxiety, but within a few weeks largely revert to their normal selves.  However, a minority of individuals, after the initial bout of anxiety and depression (which may be acute), actually grow from their stressful experience.

According to Martin Seligman, Professor of Psychology at the University of Pennsylvania and architect of the resilience training programme used by the US Army, resilience may be developed by building mental toughness.  This means aligning beliefs, emotions and thoughts with reality (for example, “I’m disappointed that they hired Elizabeth above me, but I recognise I can achieve success through other means”).  Mental toughness may also be achieved by honing signature strengths: understanding consciously how innate and learned skills can contribute to achieving desired goals.  Finally, and unsurprisingly, it is crucial to foster strong relationships as well-springs of emotional and practical support.  Resilient people have the resources to remain positive, optimistic and forward-thinking when confronted with extreme or enduring adversity.

By developing resilience and taking charge of situations they can control, individuals enable themselves to sustain both personal well-being and organisational performance.  During times of upheaval, it is incumbent upon managers to enable and encourage their team members to adopt behaviours that lead to greater resilience and self-empowerment.